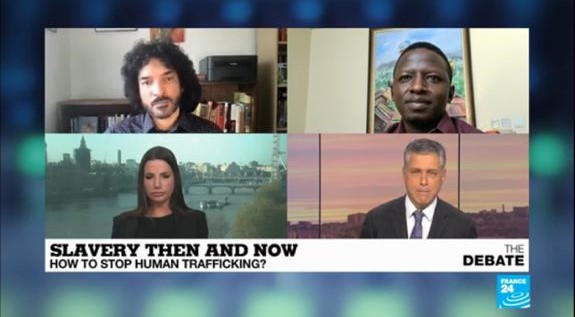 This week Philippa Southwell appeared on France24 for a lengthy debate on modern slavery and human trafficking hosted by François Picard. The debate focused on how France addresses its colonial legacy and what modern slavery looks like today. Philippa was joined by Grégory Pierrot and Kenneth Gyang.

The debate also addressed modern day slavery and indentured service having adapted to globalisation. One of the main questions asked was how we unwittingly contribute to the enslavement of others and what can be done to stop it. Philippa discussed the lessons that can be learned from the past in addressing modern day slavery, emphasising the vulnerability of the victims and the support they should be provided with.