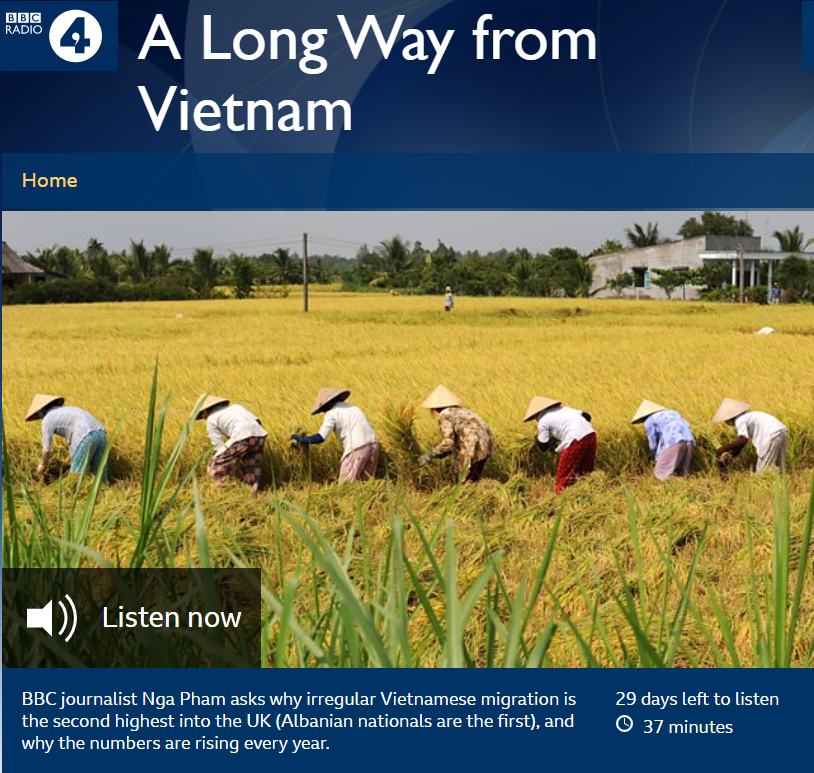 By Blog AccessAugust 25, 2021No Comments

Philippa Southwell, Manging Director at Southwell & Partners, was interviewed for the BBC Radio 4 documentary ‘A Long Way from Vietnam’ along with the Independent Anti-Slavery Commissioner and others. In the programme, BBC journalist Nga Pham asks why irregular Vietnamese migration to the UK is the second highest, preceded only by migration from Albania. The programme premiered on Radio 4 on 24th August 2021 and will be rebroadcast on 29th August.

In the programme, Philippa discussed the National Referral Mechanism process and the time scales for the reasonable and conclusive grounds determinations. Philippa emphasised the importance of the determinations and how they can affect immigration, criminal and civil legal proceedings.

You can find the programme on the BBC website here, or you can listen to it on Radio 4 on the 24th August at 5pm.